A downloadable game for Windows

GO HEROES: Prometheus is an innovative cross-genre game based on Greek Mythology. You play as the Titan Prometheus, and through the game, you unravel the myth while activating shrines that connect the past with the present. In your journey, you will face fierce enemies and mind-bending environmental puzzles, but fear not! Valuable skills will be given to you while mighty followers accompany and assist you in your mission to Steal the Fire from the Gods!

Travel through vast grid-based levels in a four-directional movement. You’ll always move first in a turn-based logic. Yet, your enemies will respond instantly to every attack, with one goal, to encircle you into tight, challenging spots, rearranging the battlefield like a rhythmic choreography.

At your disposal, a four-slot inventory to keep and swap armor and utilize abilities with the touch of a button, allowing you to focus on the action.

GO HEROES Prometheus development started at a game jam back in 2017, where it won 1st place. For some time, the devs showcased the prototype at conferences and festivals. After collecting positive feedback, in 2019, they decided to self-fund and focus full-time on the development. In 2021 after a long and rocky development, they have ended up with a story-rich world, innovative gameplay, and an hour-long demo. The next move is to run a Kickstarter campaign on June 29, 2021, and get the much-needed support to push the game through to its completion.

GO HEROES is being forged in the dungeons of Athens by a creative duet. Vasiliki and Marinos, both veteran visual designers, have gone developers out of their passion for building unique & imaginative journeys of adventures!

Not a bad game. It would look nice on the phone. Good potential for development!)

Very nice game, I did a video about it in my channel. Keep at the good work!

Defied the Gods once more!

This game looks very interesting, is there any chance of GO Heroes being available on Mac OS?

Great game, I will say this though, the mythology is limiting you hardcore. I would just change it to GO Heroes maybe you can be in Greece for the setting or something but, I think making it intentionally mythology is limiting your potential. Maybe you can have influence from that but I would just call it GO Heroes and re-theme it because this is already a rare take on adventure games and in my own opinion watching it, this reminds me of Zelda and Dragon Quest I really think mythology is going to limit yourself, make up your own characters and names and this will be so much greater to me. Like the mythology is very popular but it has recently been done with a few games already Fenyx Rising(BOTW clone) and Hades, so I would say make it GO Heroes and then re-theme it because this is too original to be grouped into cliché by the theme. This is my opinion but I just think you have something too nice to let it just be drowned out by a theme,  I wouldn't say change the game but I would say don't mirror mythology just take your influences and create your own twist to it

Wow! Thank you!
It was 3 hard years of work with a purpose to create a meaningful experience. We are so glad that you like it. :D

I do not agree. Mythology is a subject that gives success every year, since the comics, then Percy Jackson, Assassin's Creed, and recently Fenyx Rising. Each generation has discovered the mythology with an intermediary, you just have to anticipate well in terms of the calendar, to prevent the publication date from falling at the same time as another release in the genre.

Yeah I just thought that the game would be better as it's original IP just throwing a suggestion though, the game seems great regardless. I was just saying like, with mythology your restrained to the confines of mythology if it was your own world you could do anything, but each has it's pros and cons, I was just saying.

Thank you so much!
Please let us know your experience when you play more of the game!

Thank you for playing and posting! There is more in the cave! You take your first skill in there :D I hope you play and post the rest of the run :D We'll share your video :D

Hello, your game is already so rich that I am completely into it.

I just tested 15 minutes. Here are my first impressions:

Thank you, Caton, for the feedback; we really need it! Can you tell me exactly where you got stuck?

Played it live and it's been a fun time where you can really appreciate being a Titan and not dying like the poor, fire-less humans. :)

Cryptic, your video made our day! 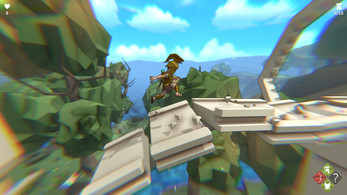 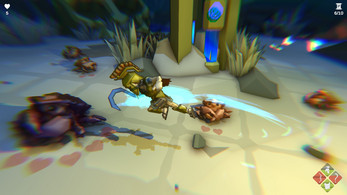 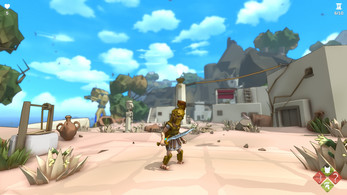 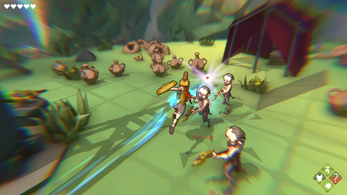 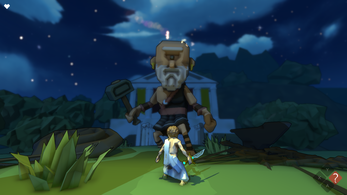 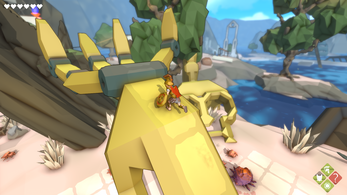